On 27 March 2014 the Government enacted the Companies Amendment Act 2014 (the “Amendment Act”) (58 KB PDF) introducing new provisions to the Companies Act 1981 with regards to the ability of local and exempt companies to acquire land in Bermuda. An accompanying corporate landholding policy (the “Policy”) was issued to run alongside the Amendment Act to help clarify the objectives behind the changes in an effort to assist with the Ministers decision making when making an application for consent. There were a number of reasons cited for the changes but the key reasons provided by Minister of Education and Economic Development, The Hon. E. Grant Gibbons, in his statement to the House of Assembly were to “stimulate turnover in the real estate market and create jobs in the construction sector and to make Bermuda [a] more attractive and competitive jurisdiction.” (Hansard Report, 21 March 2014, p. 1739)
19:06 / Bermuda Case Law & Legislation / Company & Commercial Law / Jessica Kemmenoe
Share 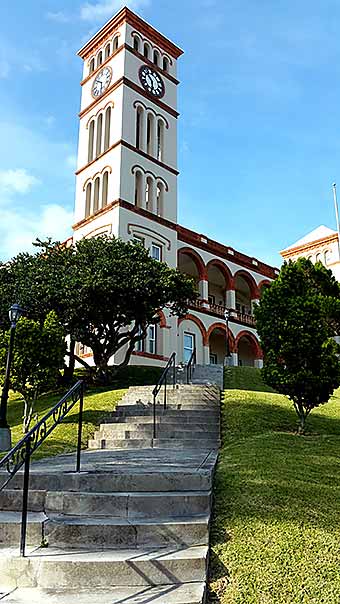 On June 10 2014, MJM Limited presented to the Hamilton Rotary Club Members on debt collection, recovery and the enforcement of judgment process in Bermuda. Presenting to approximately 25 members, Litigation Associate Kimberley D. Caines explained the process of debt recovery in the Magistrate’s Court and the Supreme Court of Bermuda. Guiding the attendees through the debt collection process, Kimberley displaced common misconceptions and shared some observations from her practice on the court’s approach to debt recovery in the current market. Kimberley also shared with members the various mechanisms available to enforce local judgments.
13:54 / Litigation & Dispute Resolution / MJM Barristers & Attorneys / Agathe Holowatinc
Share