Article 8 UNCITRAL Model Law In September of this year we acted on a very significant international commercial dispute where the question arose as to whether proceedings in Bermuda would be stayed pending the determination of arbitral proceedings in Canada which would deal with the central question of whether a previous settlement agreement extended to the Defendant and whether the Defendant had a complete defence to the Claim.
18:21 / Litigation & Dispute Resolution / MJM Limited
Share 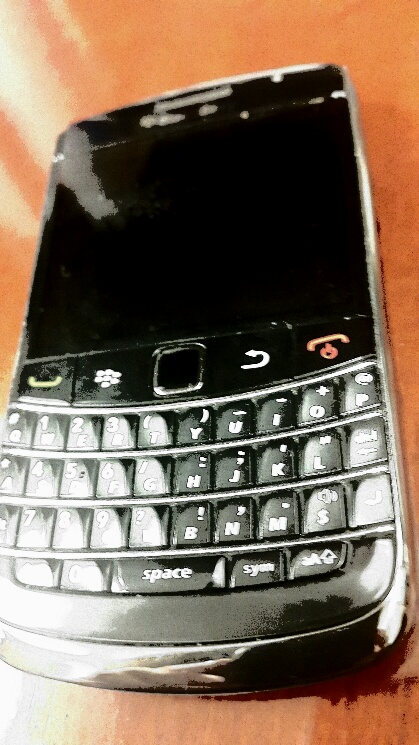 In December 2012, I wrote an article on the case of Farnworth v R [2012] Bda LR 44 (151 KB PDF). This particular case provided guidance on the definition of a hand-held device which was in use while driving. Furthermore, it illustrated that the definition of ‘use’ with regards to a hand-held device was quite wide. In Bermuda, the law that guides the use of hand-held devices while driving is regulation 44 of the Motor Car (Construction, Equipment and Use) Regulations 1952 (the “Regulation”). This Regulation has once again come under judicial analysis in the recent case of Lincoln Raynor-Saldana v The Queen [2014] SC (Bda) 58 App (262 KB PDF). This particular case was an appeal from the Magistrate’s Court of Bermuda (Criminal Division) wherein Mr. Raynor-Saldana (the “Appellant”) was convicted for using a hand-held cell phone, namely an iPhone. Mr. Raynor-Saldana was fined $400 and given six (6) demerit points.
19:17 / Litigation & Dispute Resolution / MJM Limited
Share

In this case, Fifth Street Finance v D Dobbin [2013] SC (Bda) 55 Com (313 KB PDF), Alan Dunch and Tim Frith of MJM acted on behalf of Fifth Street Finance Corporation in the recovery of $4,000,000 as money due under a Guarantee and Indemnity Agreement dated September 28th, 2009. The principal debtor whose debts were guaranteed by the Defendant was a Canadian company Repechage Investments Limited as assignee of pre-existing liabilities under a 2007 credit agreement owed by two of Repechage Investment Limited’s subsidiaries, Elephant & Castle Group Inc. (a Canadian corporation) and Elephant & Castle Inc. (a Texas corporation). The Elephant & Castle Group operated and franchised British style pub restaurants in the United States and Canada, however the group collapsed in 2011 and Repechage filed a voluntary bankruptcy petition in the United States Bankruptcy Court for the District of Massachusetts.
17:44 / Bermuda Case Law & Legislation / Company & Commercial Law / MJM Barristers & Attorneys / MJM Limited
Share

The Judicial Committee of the Privy Council (the “Board”) is the highest court of appeal for cases from Bermuda to be heard. When a case has reached the Privy Council, the issues to be considered by the Board are typically on points of law. On 8 October 2013, the Board handed down a judgment which will invariably affect all sentences which relate to murder in Bermuda: Selassie (Appellant) and Pearman (Appellant) v The Queen (Respondent) [2013] UK PC 29 (77 KB PDF).
17:34 / Bermuda Case Law & Legislation / Litigation & Dispute Resolution / MJM Limited
Share

The recent Supreme Court decision of The Bermuda Ombudsman v Corporation of Hamilton et al (420 KB PDF) [2013] SC (Bda) 72 Civ. which was handed down on 7 October 2013, sheds light on the authority that is vested in the office of the Ombudsman (the “Ombudsman”) and the weight that a summons issued by the Ombudsman has. The Ombudsman is a statutory body whose powers devolve from the Ombudsman Act 2004 (the “Act”).  The Ombudsman’s main jurisdictional function is to investigate maladministration on behalf of a public authority (section 5 of the Act).
17:02 / Bermuda Case Law & Legislation / Bermuda Government / MJM Limited
Share

As a firm that is committed to the professional development of its attorneys, MJM Limited offers its attorneys an internal professional development program. The program is designed to equip MJM attorneys with knowledge and information about relevant and developing areas of law so that they stay current with legal developments. Presentation topics typically cover the areas of interest and practice of the firm’s attorneys. For this year, internal presentations have been made in the following areas: insurance, telecommunications, corporate meeting and governance procedure, insolvency, employment and the legislative process in Bermuda.
16:58 / MJM Barristers & Attorneys / MJM Limited
Share

Land tax payments scrutinized on newly built properties… This civil case has been ongoing for several years concerning the owners (“the Banks”) and their property named “Gatewood” in Paget. The Banks disputed the annual rental value (“ARV”) which was allocated to their newly built home by the Land Valuation department. The two contentious point of law in this case were:
16:21 / Bermuda Case Law & Legislation / Property Law / MJM Limited
Share